The fight to avoid the relegation playoff place will go down to the wire after Hume City were held to a draw by Green Gully on their home turf.

City dominated the game and created chances aplenty; but Gully, through a combination of resilience and luck, managed to hold come from behind twice and take home a precious point that keeps their survival hopes alive.

Hume opened the scoring early, with Nick Hegarty coming up with the goal six minutes into the game, before Gully equalised in bizarre circumstances through a Will Hendon own-goal against the run of play.

Hume looked the more likely to score the next goal of the game as they continued to come close to scoring from both set-pieces and open play; and it was from a set-piece delivered by Hegarty in the 32nd minute that City regained the lead, with Harry Monaghan getting on the end of the delivery and heading home Hume’s second goal of the game. 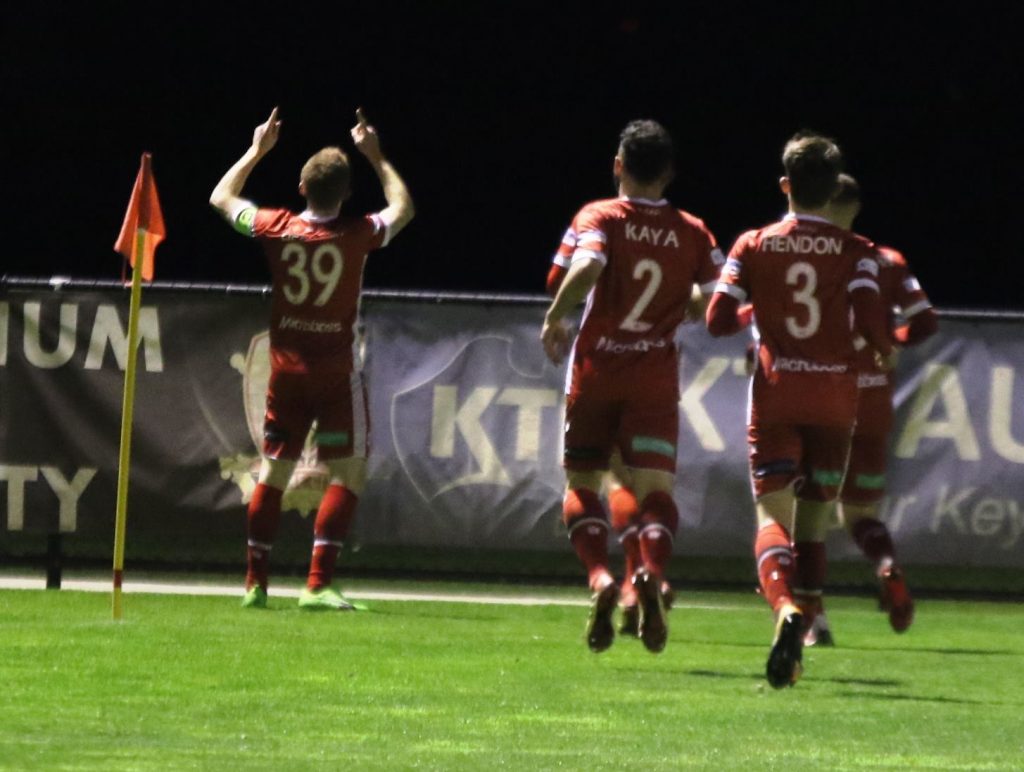 Hume continued to create chances after the break, but it was Gully who next found the back of the net, with Kieran Dover scoring from the edge of the box in the 61st to stun the home crowd.

The home side pressed for a winning goal in the final half an hour, and they created their best chance of the half in the 79th minute when Brad Blumenthal had his shot cleared off the line.

Substitue Benjamin Lyvidikos had a chance of his own to steal the headlines and win the three points in the 90th minute, but he could only find the side netting with his effort.

The draw sees Hume go into the final round of the season one point ahead of Gully; City travel to Pascoe Vale and Gully host Kingston on the final day of the regular season.