Bentleigh Greens have clinched all three points against Hume City after a physical encounter, culminating in a late winner from the Greens.

The first half was fairly evenly balanced; Bentleigh controlled the game for large spells and had the bulk of the possession, but Hume managed to manufacture more goal-scoring opportunities than their opponents when they did manage to break into the Green’s half.

Neither side was able to net the opening goal before the half-time break, with neither side really having any complaints about the 0-0 scoreline. 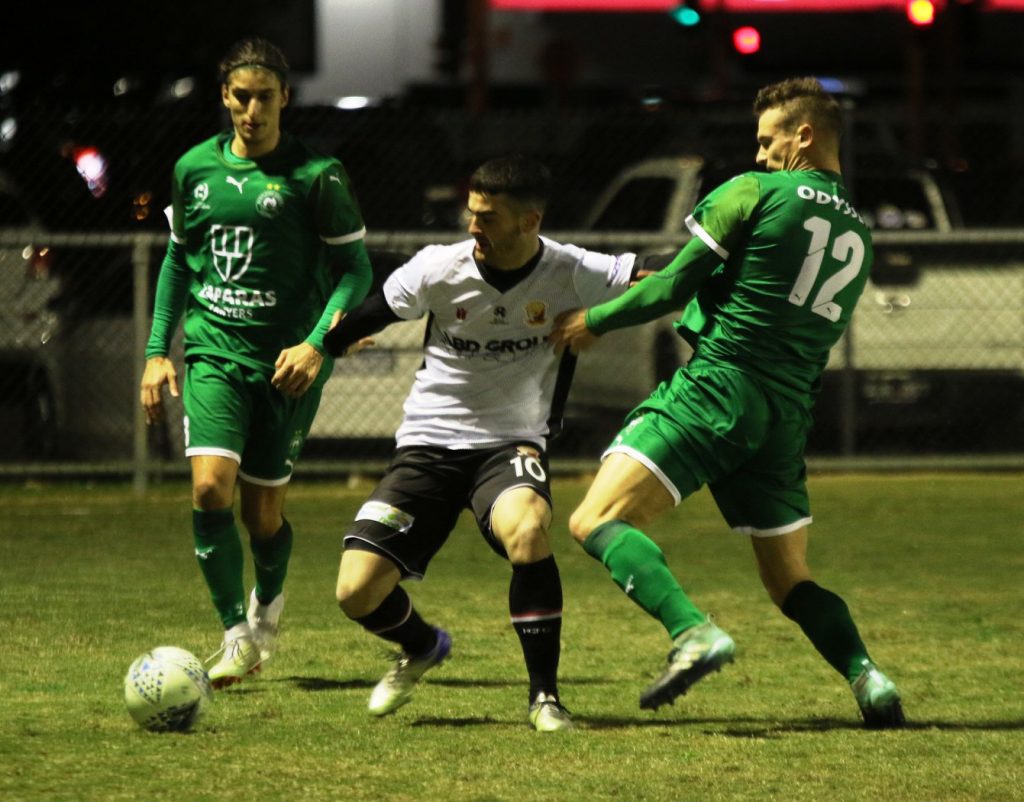 Bentleigh came out looking full of intent in the second half, attacking the Hume goal from the get-go and hitting the crossbar 12 minutes after the restart.

The Greens continued to play the game in Hume’s defensive half, but City had a chance to score the opening goal against the run of play through James Brown just after the hour mark, but he put it wide.

After soaking up continuous pressure, a counter-attacking opportunity looked to be on for Hume, but the Greens forced a turnover and start a fast-break of their own, ultimately punishing Hume for their negligence when Matt Thurtell put the hosts ahead in the 85th minute.

Hume were unable to find a response, with Bentleigh holding on for a win that sees them stay in touch with top-of-the-table Heidelberg United, who beat Northcote tonight.

Results elsewhere went Hume’s way, with the Northcote defeat and Kingston City’s loss to Oakleigh meaning Hume did not drop any places, despite the defeat.