Despite suffering from a number of injuries, Hume continued its impressive start to the season, building on a 18-0 win over Broadmeadows Stars in the previous round.

Ebru Hassan put Hume on the front foot early when she fired home in the 9th minute with the assist coming from Tijen Hussein.

All the results from across the weekend. #HCFC pic.twitter.com/1ItDeyZHdj

A mistake at the back saw Hassan pounce to double Hume’s lead when she scored her second goal of the afternoon in the 29th minute.

Hussein scored a goal of her own in the 46th minute when she made the most of a fast break, extending Hume’s lead to three goals early in the second half. 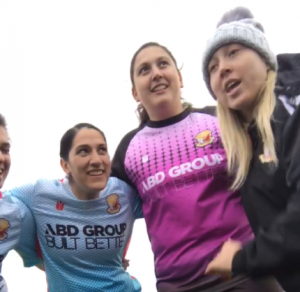 Hassan would then go on to score two more goals in the 87th and 90th minute respectively, with Hume City running out dominant 5-0 winners on the day.

Next up for Hume City is an away tie with Cragieburn City on Sunday the 21st of May, kickoff at 3pm.