Hume City got its 2016 FFA Cup off to a winning start, with a hard fought 1-0 victory over Brunswick City at ABD Stadium on Friday night.

Hume City fielded two changes to the team that featured against Oakleigh Cannons last week, with Daniel Visevic replacing Hernan Espindola in midfield and Ivan Pavlak slotting into the vacant left back position with Shaun Timmins serving a suspension.

Both teams struggled to create early chances, with blustery conditions effecting the play in the first half.

The first real sight on goal fell to Shane Rexhepi in the 14th minute when he rose to meet a Nick Hegarty corner, his header flashing just over the bar.

Brunswick City had a great chance of their own in the 27th minute when Jose Portillo’s free kick went just wide of the back post.

Clark nearly made an immediate impact when he turned his marker and shot wide in the 47th minute.

Moments later Danning should have made it 1-0, when he blazed wide from close range.

The game appeared to be turned on its head in the 76th minute, when Joseph Franjic received his marching orders for a second bookable offence.

Despite being down to ten men, Hume City continued to push for the lead and were finally rewarded when Daniel Visevic picked out Hernan Espindola with a perfectly weighted pass.

Espindola made no mistake with his finish, tucking his shot away into the bottom corner.

Brunswick continued to apply the pressure and push for an equaliser, however it would not be forthcoming, some strong defending along with rigid structure from Hume City denying the George Karkaletsis lead side further clear sights on goal. 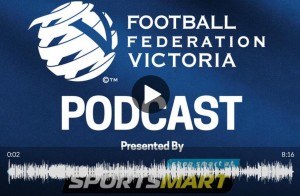