Hume City under 14’s played against Pascoe Vale. Conditions were mild but cold with a strong wind.
First half, Hume City dominated, with Ethan scoring 2 goals.
Second half Pascoe Vale strengthened their attack but Hume City continued to maintain their defence. Despite several further attempts at scoring with no success, the final result was 2-0 with Hume City winning.  Overall the team played consistently and dominated the match. 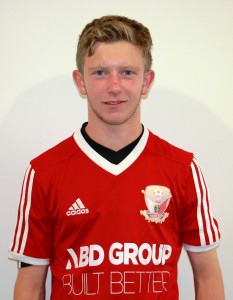 Ethan Papanikolaou with the Goals.